QSFP vs SFP Form Factor: What is the Difference? - Store.QSFPTEK

YER
0
Home Blogs QSFP vs SFP Form Factor: What is the Difference?

QSFP vs SFP Form Factor: What is the Difference?

As the network becomes more complex with requests for higher bandwidth, data rates, and density, the market has seen a wide variety of transceiver modules in the telecommunication industry. SFP, SFP+, SFP28, QSFP+, QSFP28, and OSFP are all form factor types of optical modules. The most typical function of these hot-swappable optical modules is to connect network switches and other network equipment (such as servers, etc.) for data transmission. QSFP and SFP are two Small Form-Factor Pluggable module types that have a significant influence on data communications. This post introduces QSFP vs SFP respectively and illustrates their difference in form factors, size, compatibility, and price.

First, let’s identify the relationships and differences between GBIC and SFP. SFP (Small Form-Factor Pluggable) evolved from GBIC (Gigabit Interface Converter) but is designed with a smaller size. Since the SFP transceiver is more compact while maintaining the hot-swappable features of GBIC, SFP is also known as Mini GBIC. The size of an SFP with an LC head is only one-third to one-half the size of the GBIC module.

The SFP module is to bring higher port density for networking equipment, which caters to the trend of rapid development of the network. Hence, almost all mainstream system manufacturers have emitted the clumsy GBIC and replaced it with a smaller SFP. In the current market, the SFP optical transceivers occupy wide applications in telecommunications. 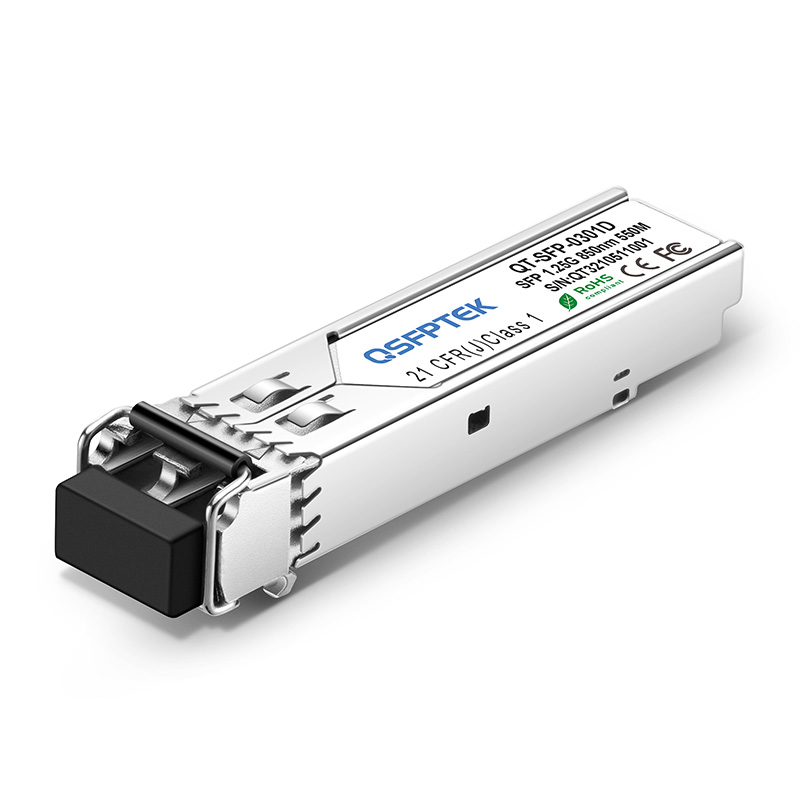 QSFP vs SFP - What is QSFP?

The enhanced version of SFP is SFP+, which can only rate up to 10Gbps. However, the urgent need for higher-speed applications driven by growing business volume is always there. Here is where QSFP comes from.

QSFP, Quad SFP, or Quad Small Form-factor Pluggable interface, is derivated from the SFP. The word “Quad” points out there is a 4-channel interface while each channel carries up to 1Gbit/s to run at 4 Gbit/s totally.

How about QSFP+ and QSFP28? Both are the enhanced version of QSFP to meet the higher-speed requirement. QSFP has nearly been eliminated. QSFP vs QSFP+ and QSFP28 vs QSFP, what are the differences? In appearance, QSFP and QSFP+, and QSFP28 are exactly the same. The most notable difference lies in speed. To compare QSFP vs QSFP+, QSFP+ boosts the maximum data rates up to 40Gbps by 4-channel 10 Gbit/s or 1x 40G. To compare QSFP28 vs QSFP, QSFP28 speeds up each channel to 25Gbps to support a maximum data rate of 100Gbps by 4x 25G breakout connection, 2x 50G breakout, or 1x 100G. 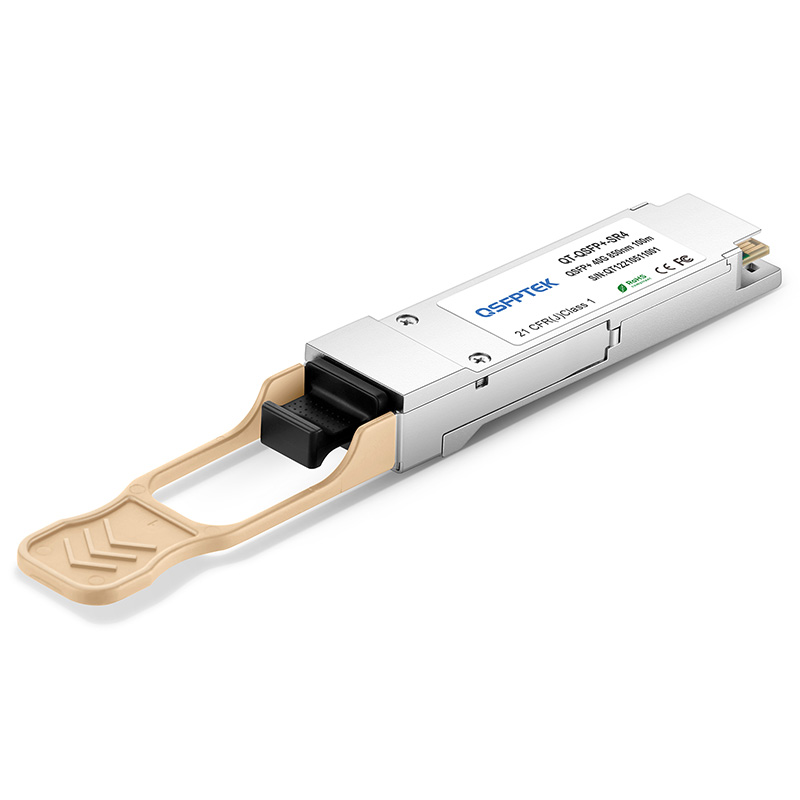 QSFP vs SFP - What are the Differences Between SFP and QSFP?

Overview of the relationships between SFP and QSFP. In short, the SFP optics are developed from GBIC to offer a smaller size for high-density applications. QSFP modules are derivated from SFPs to provide fiber connectivity solutions with higher speed. The market utilizes 40G QSFP+ and 100G QSFP28 to meet higher-speed transmission requirements and gradually obliviates QSFP.

So what is it that highlights the difference between SFP and QSFP?

Compact, hot-swappable, and optical fiber connector are their common features. However, one can easily identify one from the other with a glance. QSFP vs SFP form factor is the key. Form Factor describes the attributes related to the design of SFP hardware, such as size and shape. The picture below shows the form factors of the different optical transceivers. You can figure out their appearance with ease. 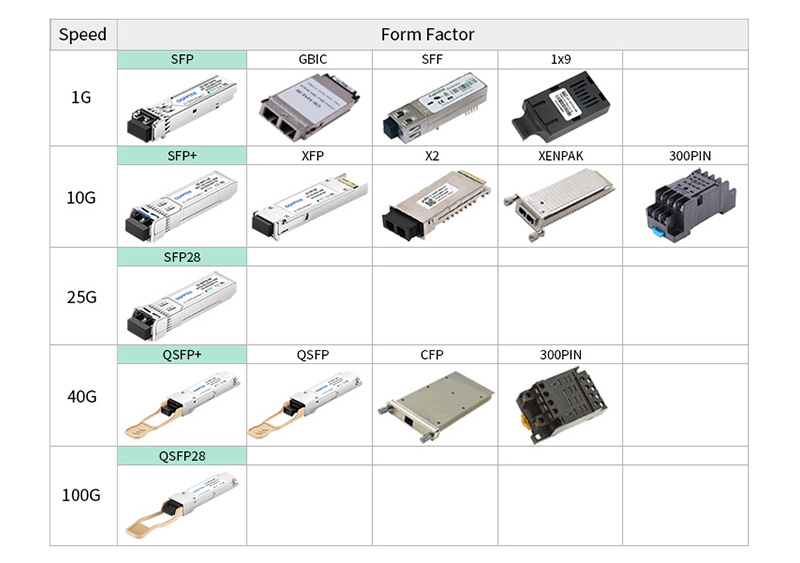 Figure 3: QSFP vs SFP vs other transceivers form-factors comparison

In function capacity, QSFP vs SFP differs in the channel quantities and data rates.

SFP has only one channel while QSFP has four. SFP speeds up to 1Gbps, and SFP+ up to 10Gbps. However, The initial QSFP supports 4Gbps, and the new version QSFP+ supports 40Gbps. Further, a QSFP+ functions the same as 4 separate SFP+ modules, which means an increase in port density and overall system cost-efficiency.

QSFPTEK SFP and QSFP price is quite low compared to the whole optical transceiver market. Taking multimode QSFP vs SFP price as an example, the Cisco GLC-SX-MM 1G SFP price is only $4.6 while the Cisco QSFP-40G-SR4 40G QSFP+ price is $33.9. However, single-mode 40G QSFP+ QSFP-40G-LR4 costs more than five times that of GLC-SX-MM.

QSFP vs SFP, what are the differences? First, one can distinguish SFP from QSFP by their form factors (I.e. appearance). An obvious characteristic is the pull ring - The pull ring of QSFP is not folded. Second, QSFP has higher data rates. The initial version of QSFP supports up to 4Gbit/s data rate. The latest versions QSFP+ and QSFP28 support 40G and 100G data rates respectively. Third, QSFP supports four channels parallel, which provides breakout solutions for high bandwidth applications.